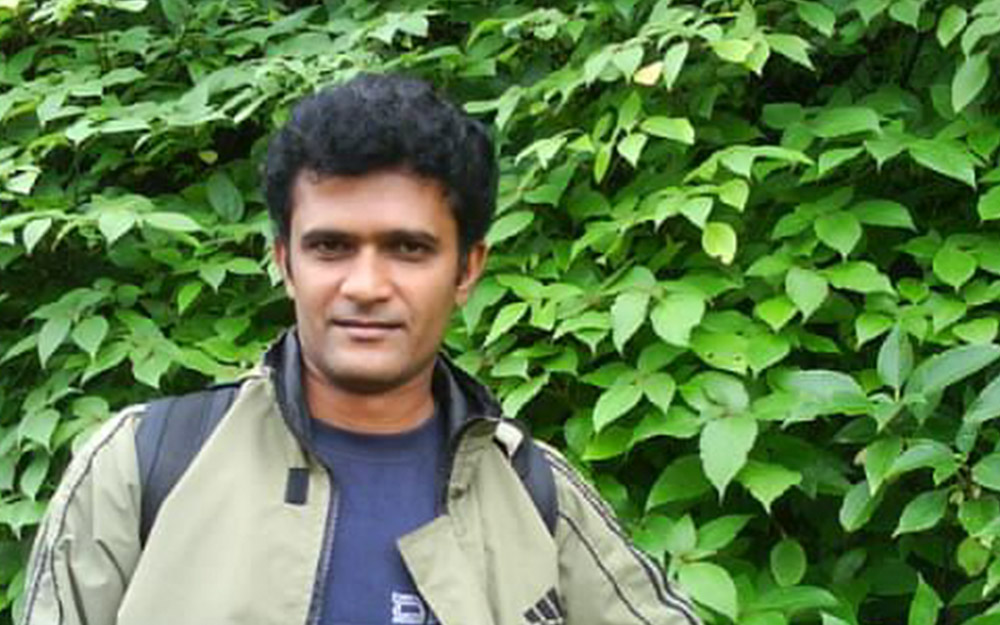 From Research Assistant to Team Leader

From Research Assistant to Team Leader

Sandeep says about himself that he comes from a ‘mixed’ background. A look at his career seems to underline this statement.

“I am a science major. My first job was in logistics. After that I joined the quality department of a manufacturing company where I worked for around 3 years. In the evenings I attended courses to get a diploma in mechanical engineering.

Then my focus of interest shifted and I got into computers. The IT industry was booming in India and I thought it was time to change my career. So, I started to learn programming and took a job as an instructor in a computer institute. That’s where I first started to work with data.”

After having worked as an instructor for a while, Sandeep – a passionate hiker – decided once again to explore a new field.

“I didn’t have much knowledge about the recruiting industry. I only had experienced the candidate side with domestic agencies which was a straight forward process: You’d go to a recruiter, get sent to a company, get the job, end of story.

But Circa Systems (later Boyd & Moore Intelligence Center, BMIC) was completely different. They didn’t actually do recruiting but helped agencies and consultants overseas with research and candidate management. I was fascinated by what they were doing and thought that I could benefit from the international exposure, so I decided to join their back-office team.”

That was in 2005. Since then, Sandeep has gained experience in all back-office functions the company has to offer.

“I started as a web research executive. I was researching companies and allocated candidates for our voice researchers. In addition, I checked the quality of the data my colleagues put into the data base after connecting with candidates. I also educated them about entry errors.

I didn’t have much knowledge about the recruiting industry. I only had experienced the candidate side with domestic agencies which was a straight forward process: You’d go to a recruiter, get sent to a company, get the job, end of story. But Boyd & Moore was completely different.

After almost 4 years in this position, I felt that it was time to learn something new. I consulted with my manager and he allowed me to move to the resume formatting team where I was responsible for managing application materials as well as information about target companies. This was a busy time since we got many inquiries and requests from the Consultants in Japan.

Then 2 years later, I changed my position again. This time I joined the email communications department. My main task was to send out emails to candidates we had recently connected with.

However, after Circa Systems was fully acquired by Boyd & Moore Executive Search, the department got resolved and I moved into market mapping. Back then market mapping and talent sourcing where still different departments but a year later the two got combined.

Now, I am heading both functions. We’re a team of 6 people including me and we’re responsible for a variety of tasks, including identifying talent online, creating weekly reports for Consultants, business development research and general market research. We also prepare notes for the Consultants helping them understand the client better before a meeting.”

From web researcher to team leader – Sandeep’s career at the BMIC is quite impressive. However, Sandeep stayed humble.

“I actually never asked to become a team leader. When I joined, the market mapping division had a different team leader who happened to resign at one point. So, I volunteered to take over the responsibility. Then, when both market mapping and talent research got combined I got entrusted with the new function. I guess it was the right timing and now I am very happy with the responsibility I have.”

“I had a lot to learn. For example, before coming to the BMIC I had only worked with domestic companies and clients. When I joined Boyd & Moore I suddenly had to speak to people from all over the world. At the beginning that was quite challenging but over time I developed more and more confidence and now it’s the part of my work that I enjoy most.”

Sandeep thinks that the ability and willingness to learn is crucial to be successful at Boyd & Moore.

“We are given a lot of independence to try new things and improve the way we work. That’s fantastic but at the same time requires us to be creative and learn continuously. For example, when I became the leader of my current team there weren’t any standard processes in place. It was a new operation and I needed to figure out how to lead the team effectively. So, I created all necessary processes and materials from scratch. It was a great learning experience for me.

In addition, you need to be able to work well with feedback. BMES is a very collaborative environment. Since we’re spread out over Asia and the US communicating consistently and providing feedback to each other is key.”

Learning has been and will be a major motif throughout Sandeep’s journey.

“Working here at the BMIC is a steady learning curve. Right now, I am working on improving my management skills. I think I am doing a good job as a leader, but I know that I can do even better. So, my goal for the future is to keep growing not only myself but also the entire team and company.”

Sandeep and the other back office team leaders are always looking for engaged and thoughtful talent who loves supporting others with research and insights. If that sounds like you, check out our open positions!