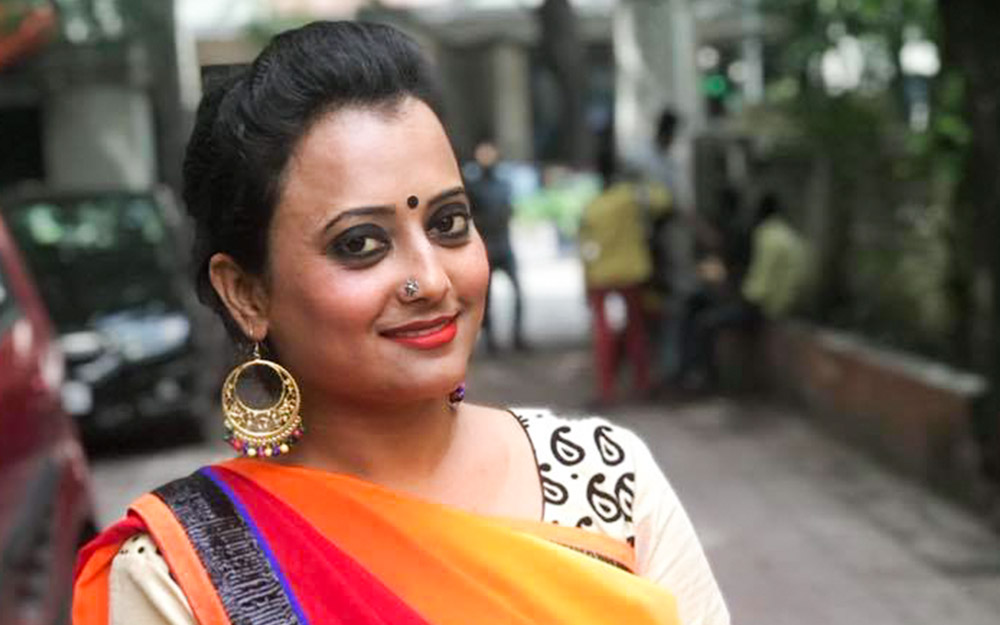 “My parents wanted me to become a dancer. I have been dancing since I was little, and I am very passionate about it. But, I wasn’t sure if I was made for dancing professionally. I didn’t practice as hard as others (laughs). And, when talking to my friends in school they said that they would be studying medicine or IT, so I thought I should do that, too.”

When Ipsita decided to go to university to study IT instead of pursuing a dancing career her parents where more than skeptical about their daughter’s choice. As it turned out, not entirely unjustified.

“Studying IT was super boring. It just wasn’t for me. Too much programming (laughs).”

Despite her lack of enthusiasm for the subject, Ipsita finished her studies. At the same time, she decided that a career in IT was out of question. So, she took a job in a call center. But, since the office was far away from her home, she quit that job again rather quickly.

“I wanted to enjoy life. I didn’t want to feel stuck in a job that I didn’t like. So, I took a break from work and spent my sister’s money instead (laughs).

That was fun but only for so long. After a while I felt that it was time to start working again. That’s why I took a job at a bank as a customer support agent. To my surprise, I enjoyed it a lot. I got promoted and was able to work in different departments. Eventually I joined the quality department and became responsible for coaching newcomers.

I loved this job but after more than 3 years the shift hours – I was working from 3pm to 2am – started to have a negative impact on my health. That’s when I got a call from the Boyd & Moore Intelligence Center (BMIC). I wasn’t actively looking for a job, but I was open to better working hours. So, I went for an interview. I knew nothing about the company. I had slept 4 hours and had no time to even have a look at the company’s website. I was seriously wondering why they would be interested in a person like me with no hands-on experience in recruiting whatsoever. But somehow, I miraculously managed to pass all interview rounds and received an offer.

Everybody wanted me to become a caller (I guess because they figured that I am a talkative person) but I didn’t want to. I felt that I needed some peace and quiet, so I said I would join if I could do back office work. I was told that this would be a waste of my talent but if that’s what I wanted I could start as a business development analyst.

I was super happy. No calls and a day shift! Life was great again.”

Although we were not contributing directly to the company’s revenue, by showing that we were the backbone of the company we became one of the most regarded teams. I am very proud of this achievement.

In 2012, Ispita joined the BMIC to enjoy the “peace and quiet” of the back office. But not for long.

“I think I did a good job. That’s why I was able to move between departments and why I got promoted quickly. I experienced all back-office functions from reporting to mailing and everything in between. Eventually, I became the team leader of the reporting and data team.

Back then the reporting team was a little bit the stepchild in the company. I guess that was because most people in the team where shy and nobody had tried to show how crucial the team was for the company’s success. I changed that. I can be rather straightforward, and I have no issue to speak up (laughs). Although we were not contributing directly to the company’s revenue, by showing that we were the backbone of the company we became one of the most regarded teams. I am very proud of this achievement.”

Despite being able to improve the status of her team drastically, after 2 years as team leader Ipsita started to feel boredom creeping in.

“Things had become monotonous. As you can probably tell by now, I am a super active person. I am always on. That’s why I started to wonder what it is that I want from life and if it was time for me to move on. So, I went to Jonas (VP APAC, BMES) for advice. He said that I would make a great caller and encouraged me to give it a try. I agreed since it seemed like an opportunity worth exploring before leaving the company altogether.”

That’s when Ipsita joined the calling team. After conducting basic calling tasks for 2 months she moved into candidate development.

“Before I joined the candidate development team the main task of callers was to set up candidate meetings for the Consultants in Japan. But Victor (Director, BMES) who I worked with and received training from, kept encouraging me to do the candidate meeting by myself. At the beginning I wasn’t sure if I would be able to do it, but he said that I should just try. He said that there wasn’t a right or wrong way to talk with candidates, but that I had to develop my own style and keep it genuine. That gave me confidence and I became one of the first callers who screened candidates and conducted candidate meetings. I think I started a trend (laughs). Now, a lot of teams have expanded their scope as well.

This got me really interested in recruiting. It was eye-opening for me. The more I learned the more I felt that this is what I wanted to do.”

I guess my talkative and bubbly nature makes me perfect for this job. I feel energized when I talk to people and laugh a lot on calls. I just love getting to know new people every day and make an impact in their lives.

And that was only the beginning of Ipsita’s career at the frontend of recruiting.

“Once I had showed that I could manage the process effectively, Victor entrusted me with building a team of callers for his focus area, Professional Services. Currently, I am leading a team of 10. Everybody is very engaged and professional which makes me extremely proud.

Recently, I was able to visit the Japan office and see how people work in HQ. I also met with customers. It was a great experience and I got even more motivated to grow the team here in India to support the Consultants in Japan.”

Ipsita says fate has brought her to where she is right now.

“Like every business we face ups and downs, but I truly love being a Consultant at the BMIC.

I guess my talkative and bubbly nature makes me perfect for this job. I feel energized when I talk to people and laugh a lot on calls. I always try to make each call feel like a casual conversation, not like a call from a stranger. I just love getting to know new people every day and make an impact in their lives.”

Ipsita and the other team leaders at the BMIC are always looking for professionals who enjoy communicating with many different people across the globe. If that sounds like you, check out our open positions.