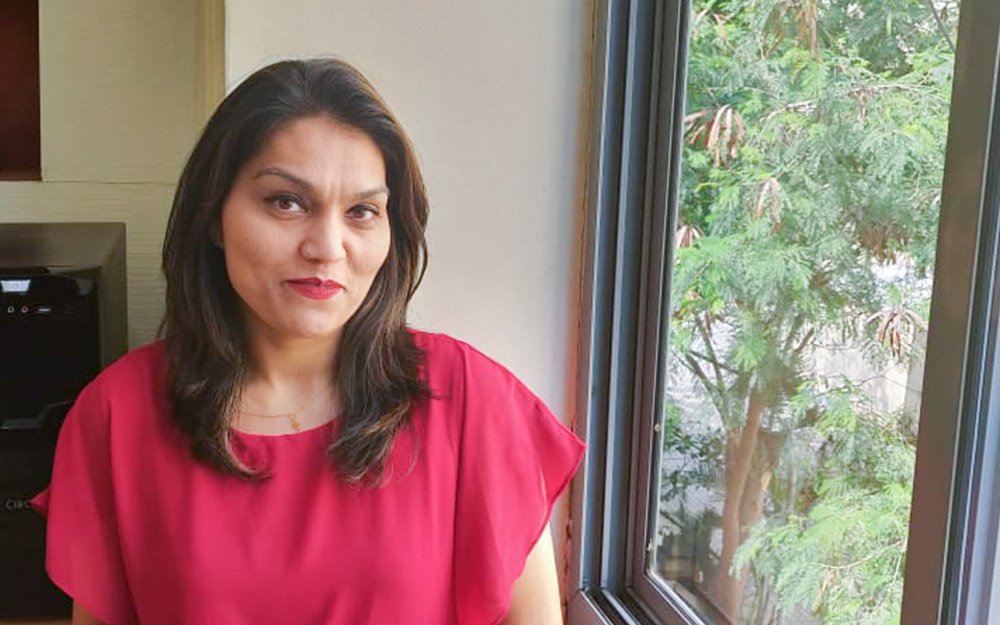 A job too perfect to leave

A job too perfect to leave

“I am a very talkative and cheerful person. I talk to everybody, even to random people on the street. For example, every time I see a proud owner of a new car I go over, knock on the window and say ‘Congratulations to the great new car!’ Seeing the joy on their faces makes me happy in return.

I just can’t stand seeing people being sad or unhappy. It’s in my nature to cheer them up or help wherever I can. If you’d say to me ‘Alice, I am hungry.’ at 2pm, I’d get up and make you the most delicious meal you’ve ever had. I love cooking, so I wouldn’t mind at all (laughs).”

The people are just wonderful. Not only my colleagues but also the Management. I feel that I can talk about anything with them. If I have a problem I can go straight to my boss and tell him what’s going on.

Her desire to make people happy influenced Alice career choice from the start.

“I started out in customer support. I helped customers overseas book their holiday packages. But after a while I felt that I wanted to not only support external customers but also the people within the company. Additionally, I wanted to expand my area of responsibility. That’s why I took over team leader roles in smaller companies in the tech space where I could learn more about different departments and processes.”

After 4 years of gaining experience in various companies and industries, Alice decided to focus on the happiness of one very special person in her life: her newborn son.

“I wanted to give him my full attention, so I quit my job and became a full-time mom. I enjoyed staying at home but when my son turned 4, I thought he was old enough to stay with my mother in law so that I could revive my career.

That’s when I reconnected with Akriti (HR, Boyd & Moore Intelligence Center). I had worked with her in one of my previous companies and I thought she might have some advice for me. I told her that I was looking for a job and that it would need to be a day shift since I had a child to take care of.

Akriti introduced me to the Boyd & Moore Intelligence Center (BMIC), the company she was working for. I had never heard of them before, but I assumed that it must be a good place since Akriti recommended it. So, I applied.

I just love my job. So much so that I even come during holidays. Normally, we’re off during Golden Week since nobody’s active in Japan anyways. But this year I asked my boss if I could still come in and work on some current projects I am really excited about.

Actually, I didn’t think I’d have a chance especially when interviewing with the Management. Jonas (VP APAC) gave me a little bit of a hard time (laughs). He said I’d seem hoppy since I had changed companies quite a bit. But I am not that easily defeated. I explained the reasons for my decisions and eventually got the job (laughs).”

In August 2015 Alice joined the BMIC as a Talent Scout. The first 3 months posed some challenges on her.

“The first months were filled with surprises and doubt. I didn’t think that we would actually recruit for the Japanese market as I was told during the interviews. I mean, how was I supposed to talk to them or convince them to trust me? The language, the culture everything seemed so different from what I was used to.

To help us get started we received a lot of training including Japanese lessons. But, speaking Japanese especially on the phone didn’t come easy to me. I remember that we had to take tests at the end of the course for which I wasn’t able to prepare since my son kept me busy at home. I cried in front of the teacher (laughs) who told me to try my best which would be enough.

I was a mess. To be honest, I thought this work wasn’t my cup of tea at all and that I wouldn’t make it beyond my trial period of 3 months.

But then I started to do a lot of research about Japanese culture. I began to understand that Japanese people are rather soft spoken and very polite. This helped me develop and refine my own style of communication. Now, I am confident that I can speak to candidates effectively and deliver results quickly.”

Despite her initial struggle, Alice is now more than happy with being a caller at the BMIC.

“I just love my job. So much so that I even come during holidays. Normally, we’re off during Golden Week since nobody’s active in Japan anyways. But this year I asked my boss if I could still come in and work on some current projects I am really excited about.”

Alice says that there are many reasons for her passion for work.

“The people are just wonderful. Not only my colleagues but also the Management. I feel that I can talk about anything with them. If I have a problem I can go straight to my boss and tell him what’s going on. He will then either help me or direct me to a person who can help. We have also regular 1-on-1s where I can share my thoughts and any issues I am facing. It’s a very supportive and reassuring atmosphere.

In addition, I love being challenged and the work here at the BMIC keeps me on my toes. At the beginning I was working mainly on HR and Finance roles for the Professional Services team in Japan. After a while I felt that I wanted to explore other more difficult roles. I talked with my manager and he suggested a team change. Since then I have been working together with the Industrial team on technical niche roles across APAC. Every assignment teaches me something new and encourages me to think outside the box to reach the best talent for the job. Even if the task seems to be impossible – and we had a few of them in the past (laughs) – I always try to find a solution. I am a perfectionist, so I don’t like half-baked results. That’s why I think the team in Japan trusts me with these difficult roles. I am very proud of that.

Of course, the monthly bonuses contribute to my motivation as well (laughs).”

For her future, Alice sees the BMIC playing a big role.

“I am not sure how my career within the company will develop. I actually got promoted once. I did such a good job that my manager suggested to put me in the candidate development team. But it wasn’t for me. After a short while I returned to my old job. I just enjoy it too much.

If I wanted I could try to become a Consultant in the future. Certainly, the company would support me. But I am not sure if that’s what I want. Maybe if I get bored with my current position – which won’t happen anytime soon (laughs).

But the one thing I am sure about is that Boyd & Moore will be my last company. I will only leave when it’s time to retire and to open “Ally’s Kitchen”, my own little restaurant.”