For most of her career, Susan Stander (Senior HR Director, Abbott) has been an HR professional in the medical devices field.

“I love what I do. I have been able to experience companies of all sizes – from smaller startups to mid-size companies and now a global MNC, mainly focusing on medical devices and applications. First, I covered only one single location but over time my responsibility grew to multiple locations and finally into a global role.”

That was the time when Susan started to look for reliable partners who could help her find the right talent overseas and establish new entities for her company.

I can only describe the service they provided as stellar and incredibly professional. BMES became a one-stop solution provider for us, helping us not only with finding and hiring the right talent but also everything we needed to get the business started.

“At the beginning we were expanding in EMEA but, after a while, we also started to think about APAC. Especially Japan interested us. It was a fertile market without much competition since the product we were offering was brand-new in Japan which had been traditionally strong in the clinical market but not so much in the applications field.

However, back then we didn’t have a Japanese entity, so we were looking for an agency that could help us get our business up and running. I interviewed 3 companies during the RFP process. One of them was Boyd & Moore Executive Search (BMES). A company I had been working with in Hong Kong on a similar project had highly recommended them, so I decided to invite them to apply for the assignment.

From the start, I felt that it was very easy to work with BMES which was one of the reasons I eventually chose them. In addition, they were a company deeply rooted in Japan with extensive experience in the market not only in regard to hiring but also market entry. Last but not least, they already had a significant track record and network with medical firms which made BMES a very attractive partner for us.”

Once Susan had decided to rely on BMES for establishing their business in Japan, Tony (Managing Director & Co-Founder, BMES) and his team took over.

“I can only describe the service they provided as stellar and incredibly professional. BMES became a one-stop solution provider for us, helping us not only with finding and hiring the right talent but also everything we needed to get the business started. They offered payroll services for all of our employees and provided office space whenever we met with candidates in Japan. When we had to get a company credit card, they did the application for us. When we needed travel insurance – boom! BMES took care of it. It was a really smooth and pleasant experience.

I know it sounds quite unbelievable, but we never had a problem with BMES. Never ever.

Of course, there were some obstacles along the way that we needed to overcome but there was nothing that BMES couldn’t solve for us.”

Some of the problems Susan recalls were quite sensitive.

“Our approach was not to rely on expats as many other companies but instead hire locals who were able to understand the culture on the ground as well as the global nature of the company. However, there were still some cultural differences that BMES helped us to understand and navigate. For example, there were some incidents where our team struggled with interpersonal issues. Tony who monitored the situation for us closely, gave us a heads-up early on and consulted with us on how to solve the problem.”

“Many agencies provide service packages for market entry and hiring but BMES did so much more for us than just offering tremendous services. They were always responsive and attentive to our needs and pain points. They supported us with great advice whenever we needed it. They were the face for us to our employees. They just genuinely wanted us to be successful.

All of that made them not feel like an agency to me, but like a natural part of my team. I knew I could fully trust them.

To be honest, I am sorry that I don’t have the opportunity anymore to work with Tony and BMES. We now have taken all the functions that we outsourced to them, in-house. However, if we needed again a partner to help us with setting up an entity or hiring people in APAC I would go with BMES, no doubt.

Many agencies provide service packages for market entry and hiring but BMES did so much more for us than just offering tremendous services. They supported us with great advice whenever we needed it. They just genuinely wanted us to be successful.

You know, I told Tony that he could always use my name or ask me for references anytime (laughs). I am more than happy to recommend BMES to anybody who is looking for a true partner with a comprehensive bundle of services and a seamless process in the region.”

BMES provides us with a fully rounded service. Currently we have 1 account manager – Jonas – who takes care of the big picture, 2 onsite recruiters, 2 administrators and several sourcing experts who are supporting our hiring efforts… 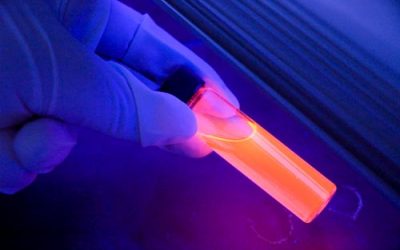 I hadn’t officially announced that I had left my company, so I was really surprised when BMES contacted me and told me about a very interesting role with a major Healthcare player. I got hooked immediately and met with the team to learn more about the details… 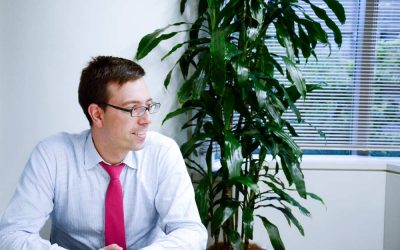 The position looked like a great opportunity to me. But to be honest, I thought I didn’t have a chance whatsoever. I checked the job description and it seemed that I didn’t check a single item on their list…

Boyd & Moore’s COVID-19 Pulse Survey
How employers and employees in APAC are responding to the pandemic.

As the global coronavirus pandemic continues, Boyd & Moore surveyed over 700 APAC business leaders to find out how they manage their businesses, employees and careers during this crisis.

COVID-19 Pulse Survey - Get the Whitepaper

Find out how business leaders and employees are responding to the pandemic.